You could spend a lot of time trying to come up with the top 50 reasons to like badminton superstar Zhang Nan or want to be like Nan. Easily regarded as one of the best players of all time, Nan has more than 50 career championships to his credit while spending most of his career ranked in the top part of the world’s elite 50 players.

But the best “50” currently associated with the world-class Chinese athlete is the $50 you can save right now on Nan’s favorite racket. His RARE Turbo Charging 70 Limited Edition badminton racket is currently on HOT BUY while supplies last. Purchase Zhang Nan’s Li-Ning badminton racket for just $169 for a limited time or browse the extensive selection of Li-Ning badminton rackets at your closest factory showroom or directly online. Only 2000 exclusive Zhang Nan Limited Edition badminton rackets were produced so if you are lucky enough to get your hands on one you might what to keep it as a souvenir instead of playing with it!

What makes Nan’s success even more impressive is that he isn’t recognized as being a hard hitter, rather his strengths are more in shot control and reading the game. Those badminton characteristics make the RARE Turbo Charging 70 Limited Edition racket a perfect fit in Nan’s right hand. Built on the Turbo Charging Technology Platform that is designed for aerodynamic efficiency, Nan’s Li-Ning badminton racket features an innovative trapezoidal frame construction that energizes him with extra strong swing speeds and fast reaction times. This racket is ideal for Nan because he is a quick player who uses his rapid attack and strong defensive skills to his advantage.

The results for the 29-year-old Nan speak for themselves; of his more than 640 wins, 11 have come in gold medal fashion at various international competitions – including two in the Olympics of 2012 and 2016. Since he started playing the sport in 1999, Nan also has notched 41 world badminton titles, including many in the mixed doubles arena playing mostly with Zhao Yunlei while using badminton rackets from Li-Ning and attaining the top ranking in the world.

You too can count on playing consistently and confidently if you choose the RARE Turbo Charging 70 Limited Edition racket, which formerly was referred to as Model N7II. No, we at the Li-Ning badminton superstore are not claiming this racket will give you world-class, Nan-like ability just by placing the relatively small grip in your hand. But we are promising that our badminton rackets have some of the best technology behind them and therefore you can feel more confident when you step on the badminton court and pull this racket out of the free premium thermal insulated carry case that it comes with. For example, this racket is part of the Li-Ning DRIVE Series of badminton rackets and features a stiffer shaft and highly elastic head design. Specifically, Nan’s racket has a medium stiff flexibility design. These attributes are perfect for fast players who like rapid repulsion power and are skilled at switching quickly between offense and defense like Nan.

Some other proprietary badminton racket technologies found only in the Li-Ning line include a wing stabilizer, MPCF reinforcing technology and dynamic optimum frame. It’s little things like this that all add up to bigger results when you play with the RARE Turbo Charging 70 Limited Edition racket. Expect better control of the racket frame after impact and count on that frame to last longer due to the craftsmanship designed with strength and longevity in mind. Finally, don’t underestimate a sweet spot that extends upward. With a larger defensive area and a wider stringed area, players can expect increased bounce strength instead of having to rely on overhead smash power. These are some of the features that helped Nan reach the No. 2 world ranking and they are certain to help you reach the next level of your game.

If you are considering the racket that helped Zhang Nan attain and maintain world-class acclaim, why not get it while it’s on hot buy and Li-Ning will throw in free grips as well. 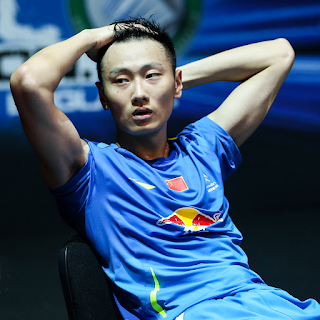